The stock market wrapped up the first half of 2017 with one of its strongest performances in several years. The S&P 500 had its best start since 2013 with the Nasdaq delivering its strongest first six months since the financial crisis ended in 2009. The Dow and the S&P 500 posted gains of just over 8% year-to-date while the Nasdaq is up more than 14%. Large caps outperformed their smaller counterparts during the first six months of the year - the S&P MidCap 400 is 5%, while the S&P 600 SmallCap is up just 2%. Growth stocks continue to outperform value stocks.

We might be seeing the start of a change in leadership in the equity markets. Technology stocks, leaders for much of 2017, have begun giving back gains in the last few weeks. Since June 8, the Nasdaq has lagged the S&P 500 by nearly 2.5%. In its place, healthcare and financials have powered ahead. Healthcare has gained as both sides of the aisle continue to battle over the new healthcare law. Financials have done particularly well this past week as the latest batch of CCAR test results came back all clear and led to big names such as Citigroup (C), Bank of America (BAC) and Morgan Stanley announcing share buybacks and dividend hikes.

The upcoming week will be shortened due to the Independence Day holiday but it still looks to be a busy one economically. The meeting minutes from the latest Fed meeting will be released shining some additional light on where interest rates may be heading from here. June’s nonfarm payroll numbers will arrive on Friday. Market watchers will be looking to see if the economy has rebounded from May’s disappointing numbers. Manufacturing and auto sales numbers will come early this week as well.

As a side note, I’ll be publishing my 2nd quarter comprehensive review and commentary later this week where I’ll discuss not only the stock market but interest rates, oil prices, gold and more, so keep an eye out for that.

There has a lot of news within the ETF space over the past week or so. While I normally cover four ETFs that I think could be on the move in the coming week, I’m actually going to discuss SIX this week. Think of it as a little quarter-end gift! Enjoy!

After three years of trying, MSCI has finally decided to include China A-Shares in its emerging markets index. Issues with access and liquidity have prevented China from being added to the $2 trillion index in the past, but MSCI has finally grown comfortable enough to finally make the long rumored move.

The decision will result in billions of dollars in China equities needing to be added to indices that track them. The Deutsche ETF is the largest fund that specifically tracks A-Shares, and has risen 4-5% since the announcement was made.

A focus on insurance coverage instead of drug prices within the Senate’s healthcare bill has been a possible reason why biotech shares have been so strong lately. Following a rough year in 2016, the biotech sector is up 17% year-to-date including a nearly 10% gain during the week of June 19 alone.

Biotechs are fairly volatile on a short-term basis but still represent one of the better long-term growth plays. With a P/E ratio of 22, the Biotech ETF isn’t unreasonably expensive and may yet have more room to run.

There’s little doubt that the cloud computing space is one of the fastest growing areas of the market. Oracle (ORCL), a company that is rapidly expanding its cloud business, delivered a blowout quarterly earnings report that included raised forward guidance on the strength of its cloud business revenue growth.

Oracle, ironically, is the top holding of the Cloud Computing ETF. It’s the best fund for investors who wish to target companies in the emerging cloud industry. As a disclaimer, the fund isn’t a pure cloud play (although there are companies within the portfolio that are). Companies such as Apple (AAPL), Microsoft (MSFT), IBM (IBM) and Facebook (FB) all have a large presence in the fund so it’s more of a tech fund than a cloud fund. But it does have a number of stocks that are doing well thanks to the cloud. The fund is up 15% YTD.

As mentioned above, the Fed gave approval to all of the major banks’ capital adequacy plans. It came as a bit of a surprise since there are typically a couple of banks that are required to resubmit plans if they don’t meet requirements within a severely adverse economic scenario. The approvals cleared the way for banks to return capital back to shareholders in the form of dividends and buybacks.

Citigroup, Bank of America and Morgan Stanley were quick to announce their capital return plans. The dividend hikes still put the yield of these stocks in the 2% range, but that puts them back in consideration for dividend growth portfolios again.

As a continuation of the bank theme above, the three banks mentioned also announced massive stock buybacks. Investors looking for a way to play the buyback trend may want to consider the Buyback ETF. It hasn’t gained a whole lot of traction with total assets of just $8 million but the fund has 25% of its holdings in financials (including top ten holding Citigroup).

The fund targets the 100 S&P 500 companies with the largest buyback ratios over the past 12 months. It rebalances quarterly so the three big banks could be added to the portfolio soon. Again, not making a recommendation here, but offering another play.

If you’re the ARK family of funds, you’ve probably enjoyed the first half of 2017 quite a bit. The ARK Innovation ETF is the second best performing ETF this year posting a gain of 45%. ARK’s Web x.0 ETF (ARKW) sits at #3 with a 40% YTD gain.

ARK runs five different ETFs. In addition to the two listed above, it runs the Genomic Revolution Multi-Sector ETF (ARKG), which is up 32%, the Industrial Innovation ETF (ARKQ), up 28% YTD, and the 3D Printing ETF (PRNT), which is up “only” 19% on the year.

3 ETFs That Are Being Killed By Their Expense Ratios

Picking the Right ETFs for Your 529 Plan

Reader Q&A: How Do ITOT And SCHB Compare? 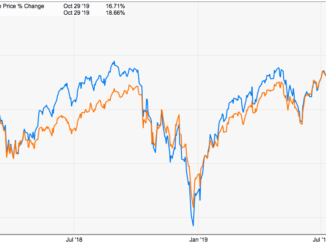 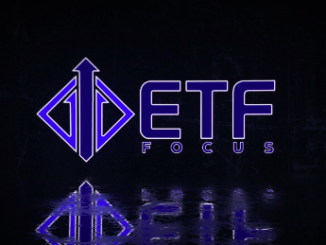 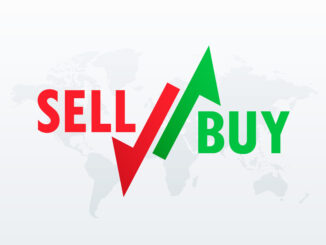 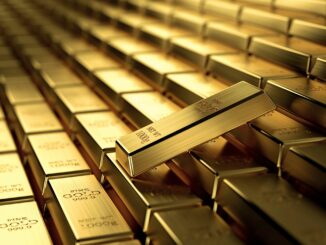